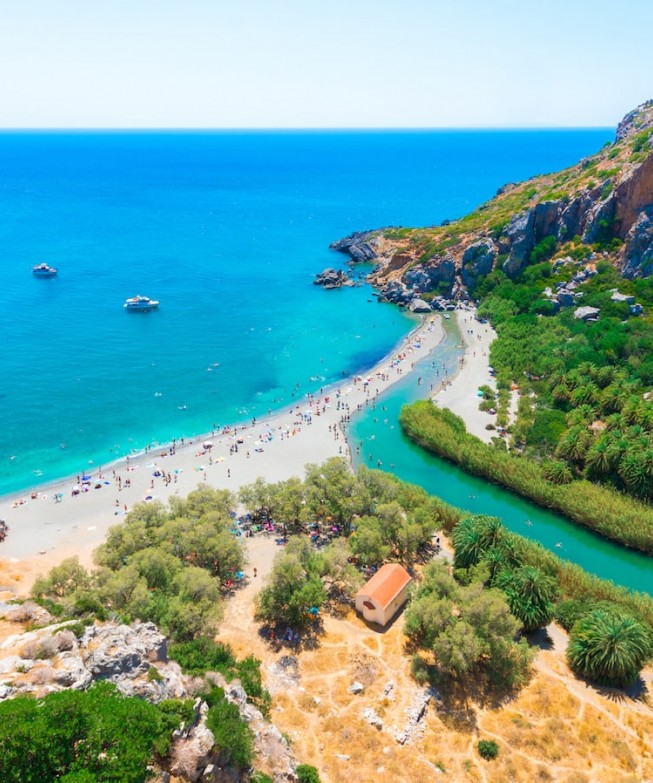 Preveli is located about 35km south of Rethymno and 10km east of Plakias. Beach of Preveli, also known as Lake Preveli or Phoenix, is located at the exit of the imposing Kourtaliotikos Gorge, where the Great River (Megas Potamos) flows. It is certainly the most famous beach in south Crete, accepting thousands of visitors every summer. During the 60s and 70s, it was a favorite destination for the hippies. On the banks of the Grand River there is a large colony of Theophrastus palm trees, which give the region a sense of a tropical landscape. The river, forming a small lake, 500m long, before emptying into the sea, has water all year round. You can walk along the river, under the shade of palm trees and other trees, and start ascending in the beautiful canyon. You can swim in the cold ponds formed in the gorge. A big fire in 2010 burnt almost everything of this paradise, but paradoxically the palmgrove recovered most of its damage.

At the exit of the river, a sandy beach with pebbles and sand is formed, with sea water being very cool due to the river. In the eastern part of the beach, there is a beautiful rock reminding of a heart. The beach is not well organized because the area is protected, without any umbrellas.

Access
You have two basic options for accessing Preveli, from the west or east. The first option is to drive from Plakias to the Monastery Preveli, following the relevant signs. 1.5km after the Kato Monastery of Preveli, you will stop at a large parking lot, where a path that descends to the beach starts. The parking is located near towering vertical cliffs, west of the beach, where you can take some fantastic photographs. To reach the beach walk the footpath that takes about 15-20 minutes. However, return is tedious as the ascent is rather steep.

To avoid the difficult climb, you can alternatively drive in the dirt road leading to nearby Drimiskiano Amoudi and walk the short path that leads to Preveli in just 5 minutes. However, you won’t have the chance to see the spectacular view from the tall cliffs on the west side. Lastly, there are small boats running to Preveli from Agia Galini and Plakias.

Preveli gets its name after the nearby historic monastery of Preveli. It is a men-only monastery, founded in the 16th or 17th century and is dedicated to St. John the Theologian. There are two monasteries, the old and the new, called Piso and Kato Monastery respectively. The old is abandoned and you will meet that a few meters south of the old stone bridge of Preveli. 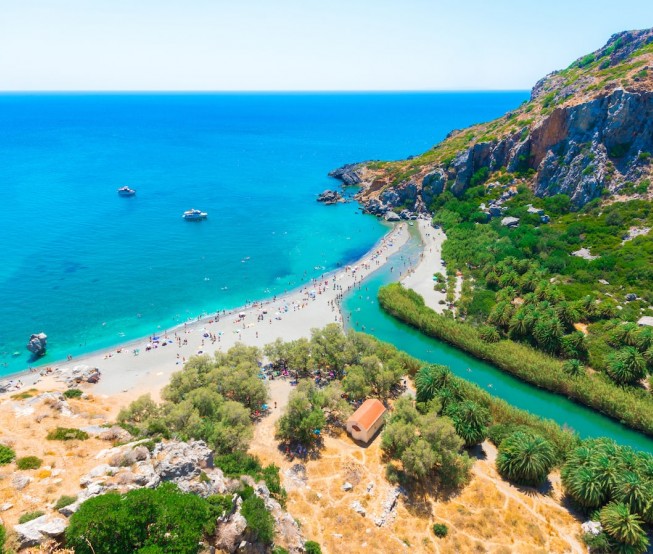 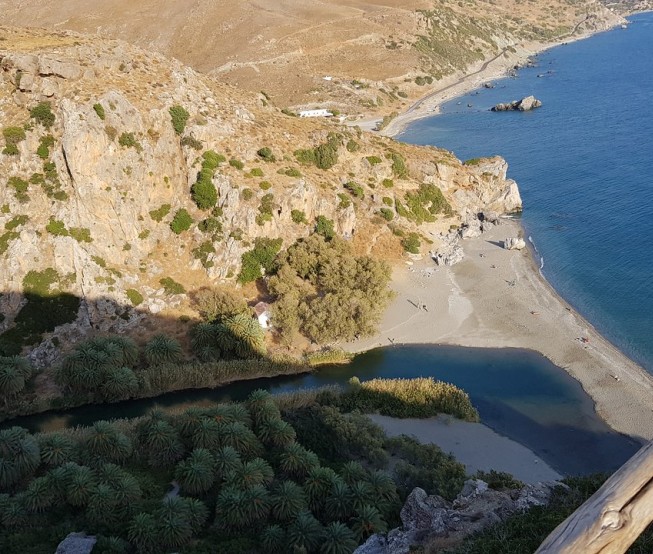 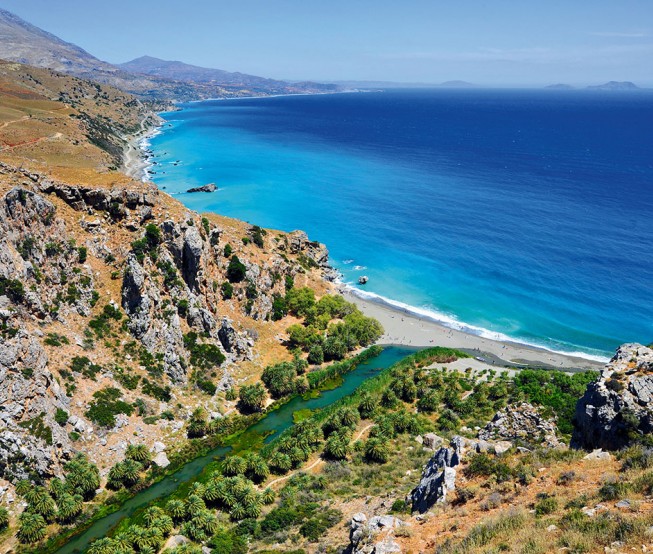 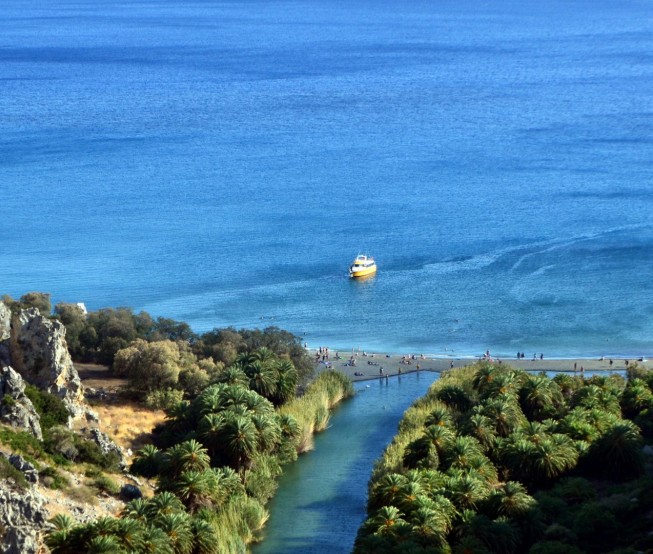 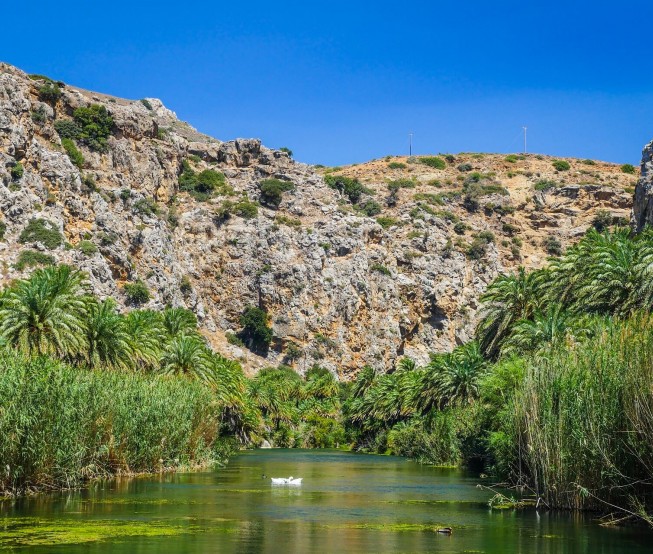 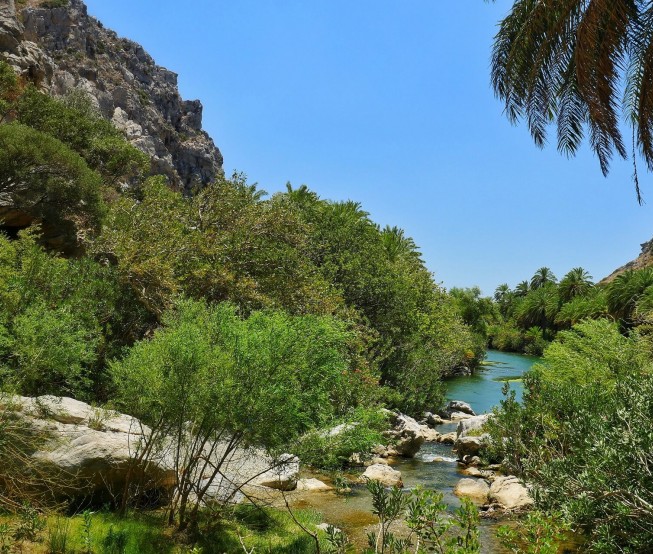 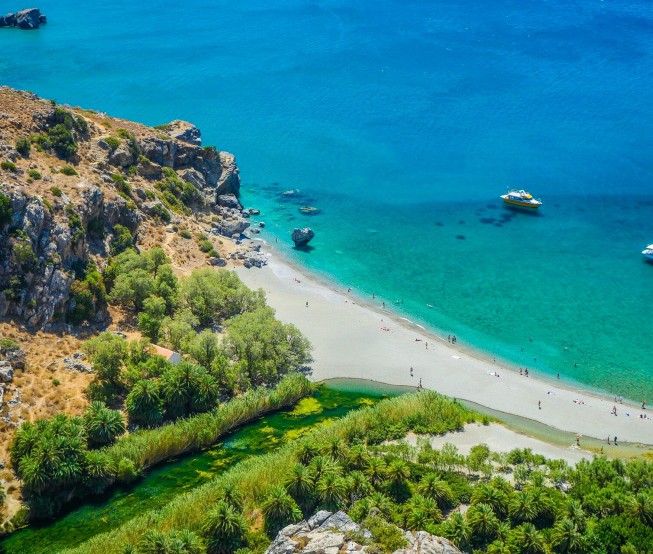 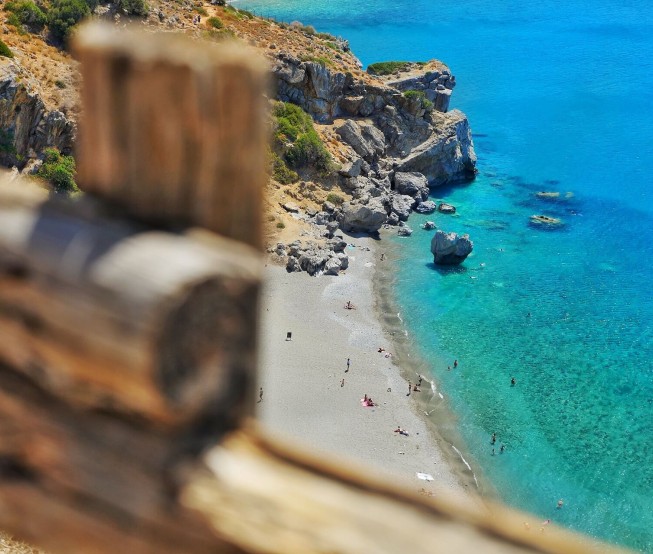 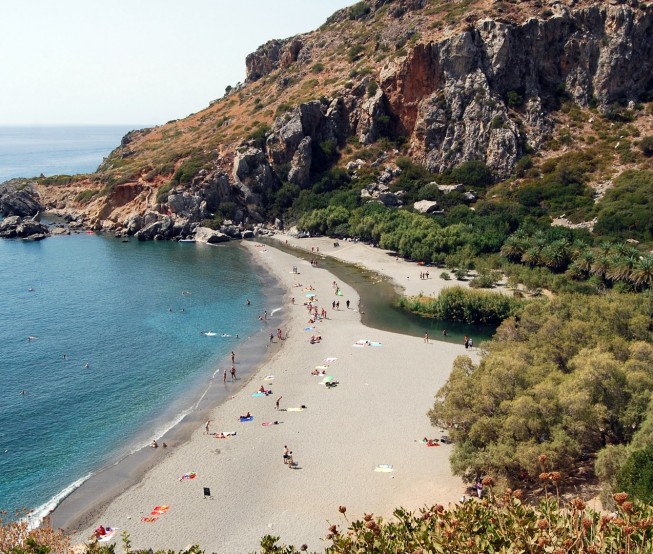 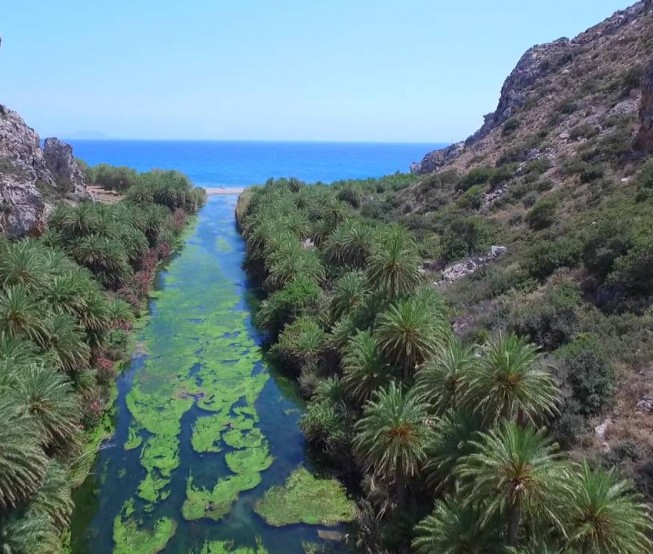 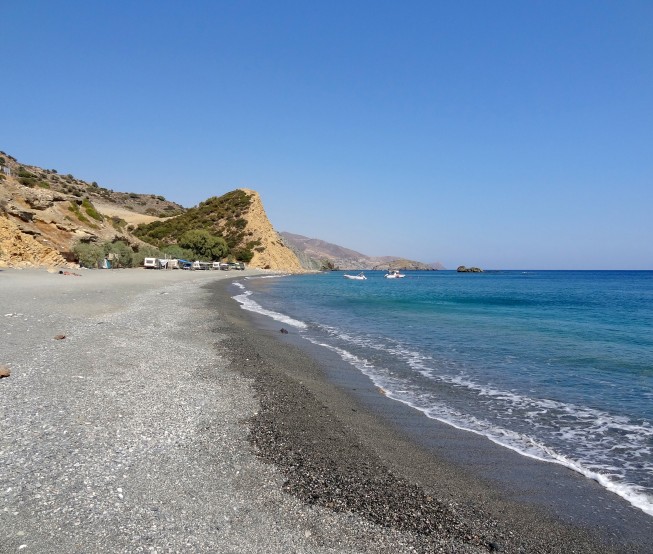 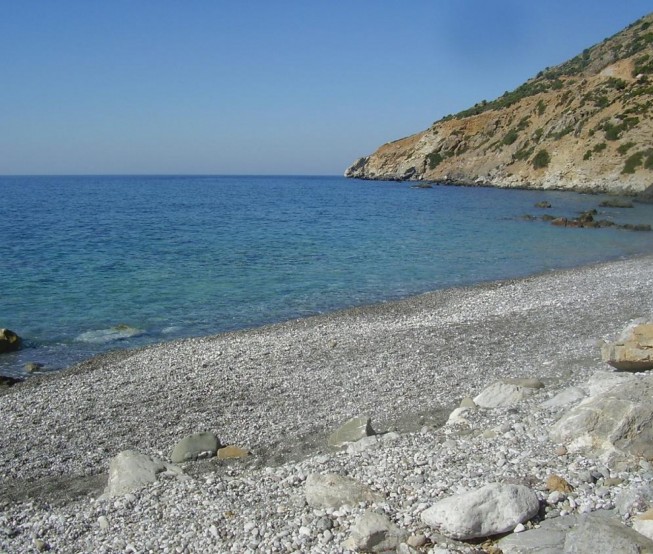 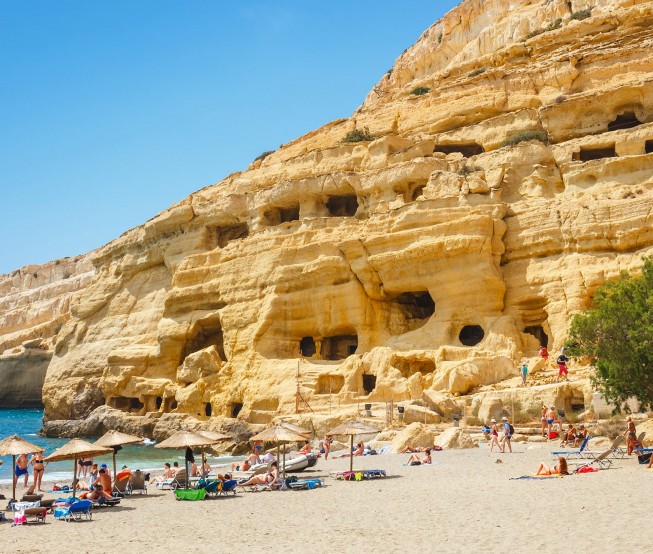 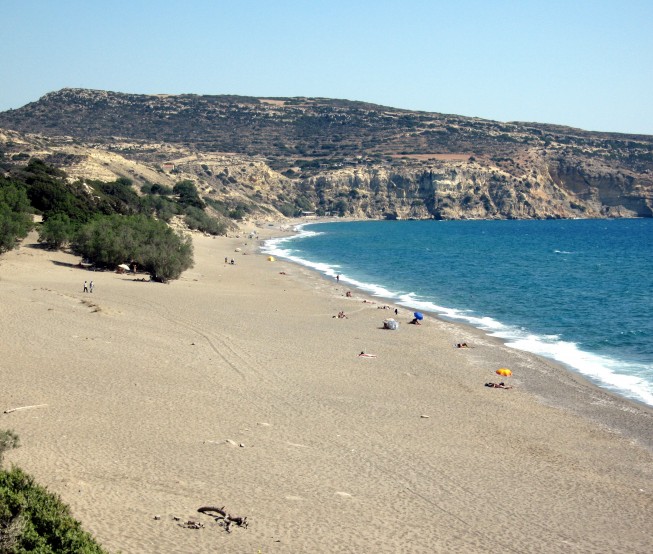 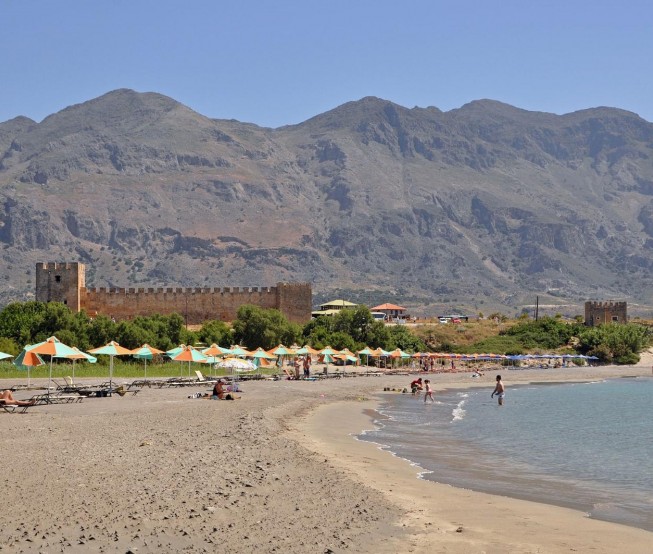 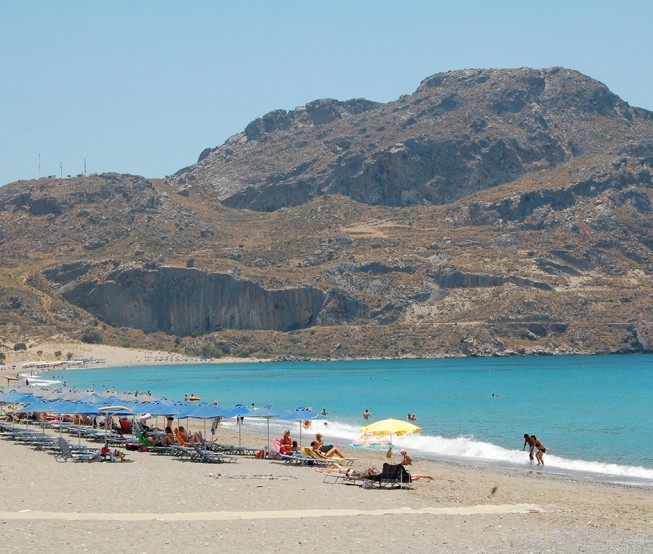